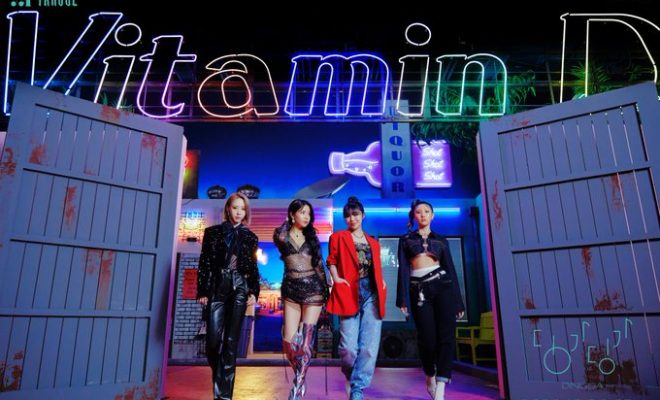 MAMAMOO goes on a ‘Travel’ in comeback schedule

MAMAMOO has revealed the comeback schedule for ‘Travel‘. Check it out below!

For their first pre-release teaser, we see them embracing that newtro look as they chill by the dining table. This neon light also help enhance this look they are going for. It also appears that the track is called ‘Dingga‘.

Their first individual teaser continues with this extravagant fun night party where the members are dressed up for the event. This kind of look definitely goes so well with them. One can’t wait to see what kind of song they will release.

They will make their official return on October 3rd. Are you excited? Let us know in the comments below!

Tracey Luu
← Previous Story MVP is coming soon!
Next Story → AleXa is ready for a ‘Revolution’ in comeback schedule