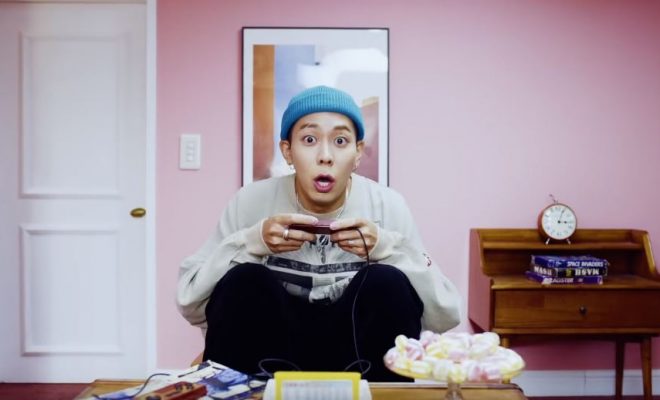 LOCO to make his hot return this month!

Yes, that is right! The artist that AOMG has been teasing about is none other than LOCO. He has started to reveal his teasers. So, check it out below!

His first image teaser features a polaroid image of him enjoying his time at in the nature. There are short illustrations made on it to make it more personal and fun.

The second teaser is also a polaroid. This time, he is seen enjoying the beautiful forest that he is in. The added smoke definitely makes the image more aesthetic to look at. It is also cute that a marked circle is added around him to indicate who he is.

The next image revealed that this track will feature an artist. It is none other than george! That is why, in this polaroid image, we see two people. They look like they are having fun at night as they jump as high as they can.

The latest teaser is coloured in red. It gives it a sense of urgency and warning. Nevertheless, it surely makes us more excited than ever for this release.

Meanwhile, he will release a track called ‘Just Like This‘ featuring george on August 24th. Are you ready for this? Let us know in the comments below!