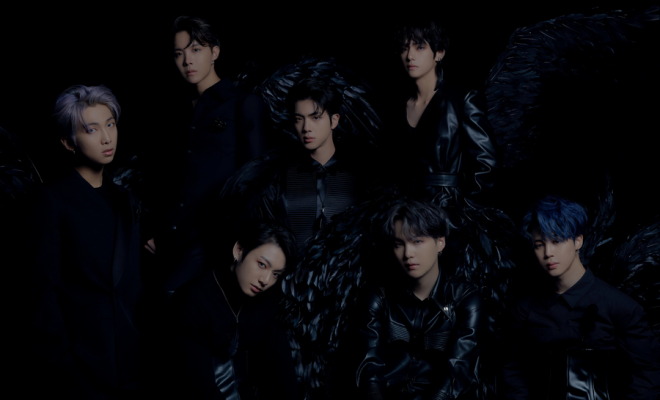 Let’s talk about BTS ‘Map of the Soul: 7’ and those concept images

In the lead-up to the release of their comeback album ‘Map of the Soul:7‘, BTS have, as we expected, been dropping all sorts of visually stunning concept images.

We’ve gathered them altogether in one place for you (and us) to check out!

In the final batch of concept images released on 13 February, just days before their comeback, the members of BTS look like they’ve walked straight out of a school-themed manga. Which member would you choose to be your manga co-star?

On February 12, we were treated to some concept images that had an expensive and luxurious feel to them. Who can resist a man in a suit?

The second set of teaser images were released on February 11. They were the complete opposite of the first set, and showed the darker more complex side of the concept. The members are pictured as shadowy, dark figures with black wings.

The group released the first set of teaser images on February 10, and they were oh-so-captivating and mesmerising all at once. The images were beautiful and innocent, but stark and empty at the same time.

In ‘Ego‘, J-Hope takes us on a personal journey, sharing what it’s been like for him, learning how to be both J-Hope and Jung Hoseok. He reflects on how his journey began and how he eventually got to where he is now, seven years later. He looks at all of the ups and downs and chooses his final fate: hope.

BTS will be returning with ‘Map of the Soul: 7‘ on February 21 at 6pm KST. The music video for the title track is scheduled for release one week later on February 28.

The group will be making an appearance on the ‘Today‘ show in the US on the day of release for an interview, and then making a return appearance on The Tonight Show starring Jimmy Fallon for a special episode.

What do you think of all the teaser images? Do you have a favourite concept or image? What are you looking forward to most about the release of ‘Map of the Soul: 7‘? Let us know your thoughts in the comments below.