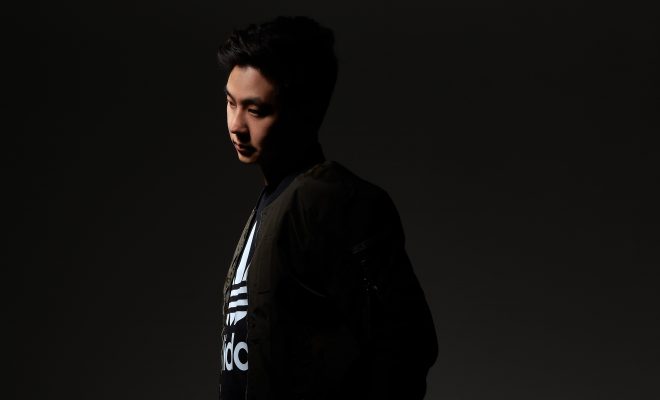 If you haven’t heard of La Felix yet, stand-by because you will soon be hearing lots about him.

La Felix is a Korean born, New Zealand based producer who has a knack for combining funk and disco into numerous styles, but he can’t be that easily categorised! Let’s find out some more.

Thank you for taking the time to speak with All Access Asia today. Could we start off with you telling us a little about yourself?

Hey! I’m Felix, I’m a producer from New Zealand. La Felix started off as a fun little project for my own enjoyment, but recently its become more of a serious venture that’s been growing every year.

How did you get involved in music and what drew you to producing?

My mum was the music lover of the family. I’d be left alone at home for hours at a time so naturally I would dig into her wide collection of music. I would listen to all genres and over time I figured out what I liked and disliked. I started producing around the age of 13 after listening to Justice and Daft Punk. Using the ‘Cross’ and ‘Discovery’ albums like a bible, I tried to reverse engineer how they made their sounds. My first few years were all about copying my heroes.

I’ve read that you champion contemporary disco and that your sound is inspired by French house and old-school funk. Is that still accurate? To someone who is new to your music, how do you describe it?

“Disco and French House is still a big part of my style and I still make it from time to time but recently I’ve been trying out other genres to expand my palette.

Who/what are your biggest influences when it come to developing your own sound?

“These days I’ve been obsessed with Darius. I just love how he perfects every aspect of a song. From chord progressions to the mix, his attention to detail is amazing.”

La Felix is not one to brag, but, we can tell you that his first major single, ‘Delicious‘ landed a spot on Netflix’s ‘Insatiable‘, whilst ‘Real Thing‘ featured on Korea’s ‘Heart Signal‘, and the remix featured on ‘Lucifer‘ (Warner Bros).

You’ve previously stated that Daft Punk, Justice, Breakbot, Cassius, Michael Jackson are some of your inspirations. Who/What is your biggest inspiration when it comes to creating music?

“These days I’ve been picking apart the Roche crew for inspiration. Artists like Darius, FKJ, Kartell have been my favourite, all for different reasons. Roche Musique is basically the Ed Banger of our generation but with a little more class and eloquence.”

La Felix is already well-known within producing circles, with official remixes for a variety of artists including Miami Horror, RAC, 12AM, DCUP, Sakaya Yamamoto, Penny & Sparrow, Dylan Rockoff, The Shadowboxers, Emerson Leif, Coucheron, LissA, Molly Moore, My Brothers And I, The Funk Hunters, Tepno, and 88/89. His ability to interpret any genre into his own sound sets him apart as a Producer and a Remixer.

Do you play any Instruments?

“I play a little bit of guitar, bass and piano.”

“Yeah! Fabian from Saint Rock reached out to me a with a bunch of toplines and Blonde Sunset really stuck out to me so I decided to collaborate with him on that track. I thought a chill sunset disco vibe would be perfect to go with the vocals so we got the ball rolling.”

‘Blonde Sunset’ has such a laid-back, chill but addictive vibe to it, what do you hope listeners take away when listening to the song?

“I hope people can just chill and vibe/dance to the track (hopefully at a beach somewhere).”

How do you find other artists to feature on your tracks?

“Most of my collabs have been through people reaching out to me. They love some of my previous originals or remixes and want to work on a track together. I do occasionally find people through Spotify as well.”

If you could pick any artist to collaborate with, who would it be and why?

“Rhye, because he has this unique androgenous sultry voice that I love. D’Angelo would be another cool artist to collab with. I love his soulful Prince like voice.”

“It’s different every time, but most times I start with a chord progression made to fit the vocals. Then I research a few tracks as references and start building the sound/vibe of the track slowly with the right samples/palette to match. Usually, the structure and automation comes last.”

What are you listening to at the moment?

“These days I’ve been into upbeat Nu disco artists like Young Franco, 53 Thieves, bbno$ and Snakehips.”

What sort of artist to you aspire to be?

“I’d love to be an artist that makes the listener feel something after they listen to my music. Whatever feeling it may be. Just like a piece of artwork or a movie, I love feeling a cocktail of emotions after a good movie or a piece of artwork. To be able to make someone feel an emotion through a piece of art.”

What’s coming next for you? What are your plans for the next 12months?

“I have a few originals coming up! Some old school funk beats as well as some upbeat funky hip hop.

I also have a few remixes coming out too. One for a Californian band and a French artist Selah Sue.”

Thanks again for taking the time to speak with All Access Asia today. We can’t wait to hear what’s coming next for you.

Narelle
← Previous Story 2Z are winning legions of fans with their music, their looks and their charms!