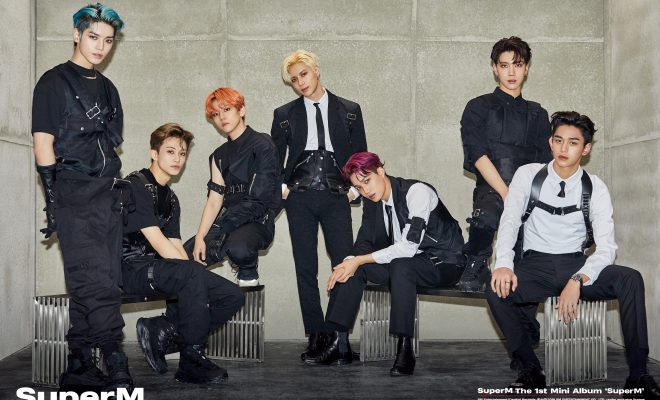 SuperM have been so busy releasing trailers and teaser images while we’ve been otherwise occupied, but let’s catch-up.

SuperM will be making their official debut with the release of their first mini-album ‘SuperM‘ on October 4.

Like everyone else, we’re now counting down the days, hours and minutes until their debut, but to keep us occupied, SM Entertainment have very kindly been dropping all manner of visual content to keep us happy.

One of the latest trailers and set of images to be released is of the entire group. It’s a mesmerising trailer and the images are spectacular as well!

In the last of the individual trailers and teaser images to be released, it could be said that the best was left until last – but with so many of my K-pop biases in one group, I would never say that myself!!!

Somewhat fittingly Taemin‘s trailer features all of the members of SuperM. Even with that, we are left in no doubt that the star of this trailer is Taemin.

In the trailer and teaser images for Kai we were left in no doubt about his charisma in front of a camera! His dance skills are put to good use in his trailer clip, while Taemin makes a brief appearance, which only heightened expectations.

Mark‘s teaser images and trailer show off a more mature side of him than we’re used to seeing. It’s part biker boy, part bad-boy rapper, but it’s a mix that we’re completely on board with!

Knowing how visual Lucas is, we expected smoulder from his teaser images, and smoulder we got! His trailer and shots are next level, as only he can give us.

We haven’t got long to wait now until the debut of SuperM and the release of the debut mini-album ‘SuperM‘ on October 4.

Now that we’ve seen all of the individual trailers and teaser images for all of SuperM’s members, do you have a favourite? Let us know your thoughts in the comments below.