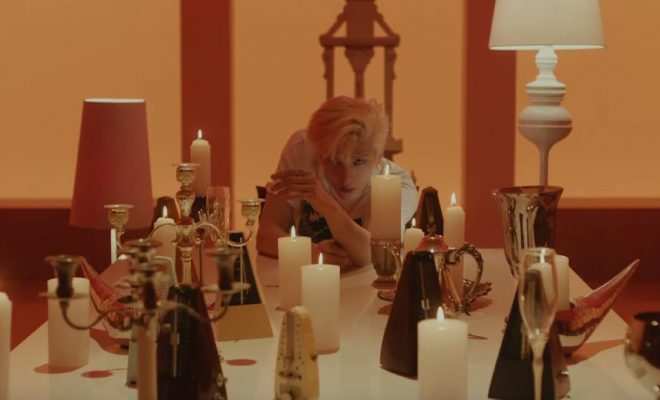 Yes, that is right! As many knows, Leo will be making his hot return with a new mini album, ‘MUSE‘. Ahead of his return, he has revealed all kinds of teasers. So, check it out below!

Before he makes his hot return, he has released a pre-released track called ‘The Flower‘ featuring Maximilian Hecker. Since it is only a pre-released track, we only get a video of him singing it in the recording studio. However, that is enough for this soothing song. The lovely yet strong piano melody really brings out the beauty of his voice. It is so beautiful to watch the sight of him singing such a delicate song. It works so nicely with his tone of voice. Maximilian‘s vocals is just as beautiful to listen to which contrasts well with Leo‘s voice. It is a perfect fit and surely a collaboration that fans didn’t know they needed!

He has revealed his first video teaser in which gives you an insight into what’s we can look forward to. It has this intense emo look that goes well with his persona. The way the camera zooms in on his stares and the way the lighting flickers helps enhance this look he is going for. It is definitely a look that fans are getting excited for!

In his first set of concept teasers, we have different angles of him wearing a full denim outfit. He also has his jacket unbuttoned, giving us a godly look. He definitely looks like a model out of a magazine, showing us all kind of poses. He knows the right poses to give and the perfect look to have fans swooning.

He has also revealed the tracklist. This album has a total of six tracks including the pre-released track, ‘The Flower‘ featuring Maximilian Hecker, the title track, ‘Romanticism‘, ‘Approaching‘ featuring Dynamic Duo‘s Choiza, ‘Homesickness‘, ‘It’s Tight‘ and ‘Muse‘.

He has also gone ahead and revealed the online cover and the album packaging details. It comes with a photobook, the CD, photo paper, a letter, a photocard and a poster. There will also be a Kihno version, which comes with the Kihno kit, a photo card set and a post card.

Meanwhile, Leo is set to make his hot return on June 17th. What do you think of the teasers so far? Let us know in the comments below!