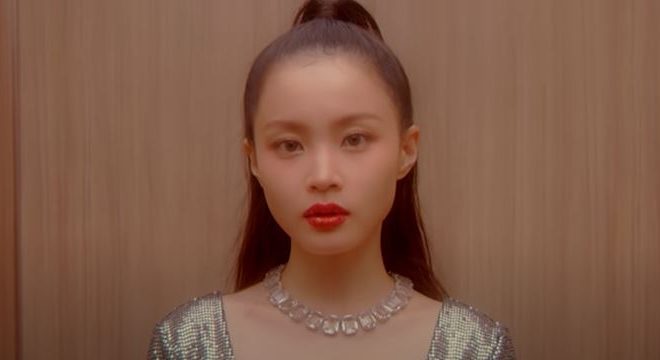 Lee Hi is definitely spoiling us with all these releases. She has dropped the MV for ‘Red Lipstick‘ featuring Yoon Mirae and ‘H.S.K.T‘ featuring Wonstein. Check them out below!

She definitely knows how to nail that 90s vibe that would go well with the disco scenery. The video itself is filmed to give off the vibe of the song, giving us something to enjoy while listening to this song. There are also many cameos that make it that much more entertaining to watch. It is just so sweet to see them showcasing their support for her. The song itself has such a catchy beat that would leave us grooving along to it. Her voice just fits so nicely into this song, leaving with such a soothing melody. Mirae‘s rap verse is also a great fit into this song. It helps enhance the vibe of the song, making it that dance vibe.

She has also revealed the MV for ‘H.S.K.T‘ featuring Wonstein. This song has its own type of groove that goes so nicely with her tone of voice and the way she is singing along to this melody. The way she is singing makes it feel like she is playing around with the melody, making it quite funky to listen to. The video itself is featured in the school setting as she plays off as a student. Wonstein is heard singing in this song. His voice is a great addition to the song, which contrasts nicely with her voice. They both have such different tones, giving us a great contrast of voices. It also makes the song quite interesting to listen to.

Meanwhile, be sure to check out the full MV above. Did you like it? Let us know in the comments below!