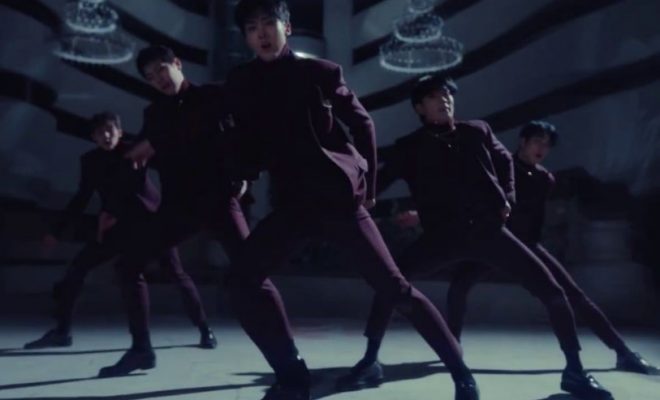 After a turbulent and somewhat-stressful 12 months, we’re happy to say that KNK have made a successful comeback with their third single album ‘Lonely Night‘ and the title track of the same name.

This comeback is the group’s first since ‘Rain‘ was released. It is their first release featuring new member Lee Dongwon, and the first since the group left former agency YNB Entertainment.

‘Lonely Night‘ is best described as a jazzy, alt R&B-infused dance track that features lyrics co-written by member Heejin which tell the story of a man spending restless and lonely nights remembering the times he spent with a former lover

It’s a moody song that is in the same vein as ‘Rain‘, but it seems to suit their style. After a smooth instrumental, they launch straight into a rap-driven verse. Our favourite part of the song is the vocal-based chorus. It lifts the song and gives it a focal point that keeps drawing you back in.

The track was released with an accompanying music video that plays up the song’s title. It features the members spending their ‘lonely nights’ in despondent states and dark settings. There are scenes of KNK forlornly singing on a beach, and dramatic group choreography that perfectly suits the mood of the song

The group have now released the performance video for ‘Lonely Night‘, which gives us the chance to focus on the song and the choreography. The setting for this clip is still dark and moody which is keeping in theme with the song and original clip.

We’re so happy to have KNK back on the music scene. We’re looking forward to seeing them perform on music shows starting this weekend.

What did you think of the song and music video for KNK‘s ‘Lonely Night‘? Let us know your thoughts in the comments below.