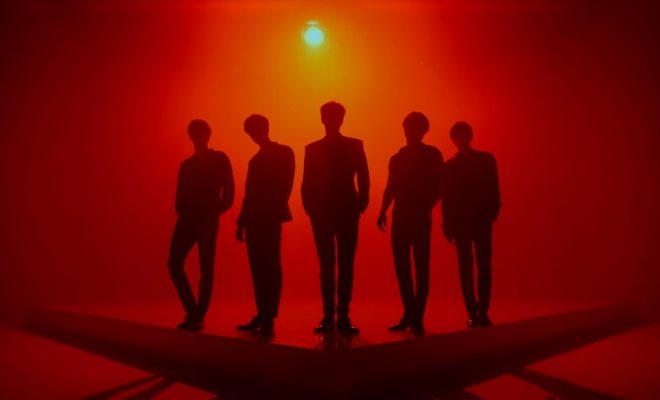 KNK are getting ready to release ‘KNK S/S COLLECTION’

KNK will be making their comeback tomorrow July 15 with the release of their fourth single album ‘KNK S/S COLLECTION‘.

To be honest we’re kind of glad that the release is so soon, we don’t think we can cope with any more of their teasers! Everything is so aesthetically stunning that we’re in overload territory.

The latest teaser to be released is the key point dance teaser for the title track ‘Sunset‘. We get to hear more of the track as well as watch the members showing us the key point of the choreography.

The group had earlier released the album teaser for their upcoming release. We get to hear a snippet of each of the tracks ‘Sunset‘ (the title track), ‘We Are The One, and ‘I Wished’.

All of the tracks sound perfect for the season and have the same ultra-cool vibe running through them.

In a bonus for all of us, the second track ‘We Are The One’ credits SHINee‘s Taemin with composition and writing of the track.

In the teaser clip for ‘Sunset’ the members perform the track and the choreography with moody red lighting which only highlights their striking visuals. The song sounds moody and mysterious and the clip adds to the sense of mystery.

After all the teaser images that have already been released, we thought we were done with the swooning. But no, the members had more images to drop on us which released a whole new wave of swoon-worthy moments.

The new set of black and white images are moody and chic and will definitely leave TINKERBELLS wanting more.

Are you looking forward to KNK‘s comeback? What do you think of the new concept images and the teaser clips? Let us know your thoughts in the comments below.