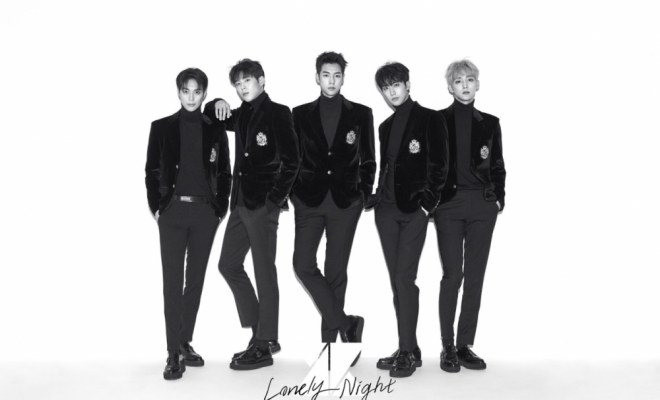 KNK are gearing up for a ‘Lonely Night’

We’re so happy to know that KNK will soon be making their comeback with their third single album ‘Lonely Night‘. The release date for ‘Lonely Night’ is January 7, 2019.

The group have been through some turbulent times in 2018, with the departure of Youjin, and a parting of ways from their former agency YNB Entertainment and the announcement of new member Lee Dong Won.

I’m a huge fan of KNK and have missed them on the K-pop scene since their last release ‘Rain‘ back in July 2017.

KNK have been releasing lots of teaser images in the lead-up to the release and we’ve captured them all together here in one place.

The latest set are black and white, with the members dressed identically in matching blazers and turtlenecks – but, the charisma radiating off the images is so fierce that you can’t look away.

In an earlier set of teaser images, the members are pictured in colour shots that feature muted but warm tones varying from beige to caramel which totally highlights their strong visuals.

The resulting images are warm and cozy.

The first set of teaser images released for the group were in black and white and quite solemn in feeling.

However, they still manage to show off their handsome features in these images.

The first teasers that the group released were the main jacket photo and two concept images for ‘Lonely Night‘. We can’t wait for the first MV teaser to be released.

Are you excited for KNK‘s comeback? What style of music are you hoping to hear from them? Let us know your thoughts in the comments below.

Narelle
← Previous Story Luna goes for a sexy look for ‘Even So’ concept photos
Next Story → WJSN are stunning in new ‘WJ Stay?’ teasers