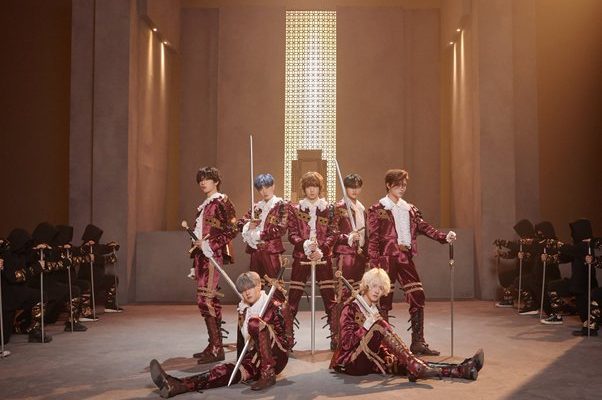 Kingdom continues to drop teasers for their upcoming debut with ‘Excalibur‘.

They have revealed their Eclipse teasers. For this teaser, the members are seen looking more royal than their previous teasers. This time, it looks like they aren’t doing the protecting but rather are the ones that should be protected. Even though they are looking quite royal, they maintain their serious stance while many of them are seen staring deeply into the camera. Overall, it is quite an elegant look on them.

Their latest concept is called ‘Solar‘. For this concept, they have revealed three of the members’ teaser. The members are seen wearing white suits while in the desert. It has this elegant look to it since the way contrasts nicely with the sand in the background. Overall, the concepts they have dropped so far fits well with the name of their group.

They have also revealed the third MV teaser. The video features the members having some sort of magic while fighting with the unknown. It is quite an aesthetic video to watch with such an intense song to go with it. One can’t wait to watch the official full MV.

Meanwhile, they will make their hot debut on February 18th. What do you think of the concept teasers so far? Let us know in the comments below!