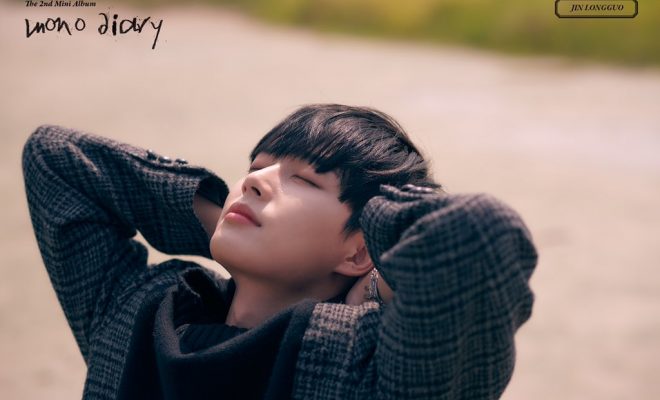 Kim Yongguk writes in his ‘Mono Diary’ in new teasers

Kim Yongguk prepares for his upcoming return with ‘Mono Diary‘. He has revealed the comeback schedule and the teasers to follow. So, check it out below!

He will be releasing a few image teasers, followed by the tracklist. There will also be two MV teaser releases and an album preview.

In the first image teaser, we get to see him relaxing outside. He is wearing such a beautiful dark outfit that contrasts well with the overall white clouds. He looks peaceful in this image.

This album will have a total of five tracks including the title track, ‘Irresistible‘ and its instrumental version, ‘Autumn‘, ‘Work‘ and ‘What Can I Say?‘.

Next is his second image teaser is another image of him relaxing outside. It is clear that he is enjoying the summer sun while continuing to wear dark outfits that contrast nicely with the overall surrounding.

Next up is the MV teaser for his title track, ‘Irresistible‘. The track has that tropical vibe that goes well with the current season. It is the kind of vibe that we would expect from the images he has released so far. It surely leaves us more curious than ever as to how his voice will fit on top of this beautiful melody.

Next up is the highlight medley. ‘Autumn‘ has that sweet vibe to it that really puts you in a good mood. He has such a high tone yet is so clear and clean, making it easy to listen to. ‘Irresistible‘ is definitely a song that goes well with his tone of voice. It has a catchy melody and surely puts us all in a good mood.

‘Work‘ is more laid back than the first two songs. It has such a cool vibe that allows his voice to glide. ‘What Can I Say?‘ is a much more intense song with such a fun melody. It is the kind of the song that allows us to sit back and relax.

Meanwhile, he will make his hot return with his second mini-album, ‘Mono Diary‘ on August 29th. Which track caught your attention? Let us know in the comments below!