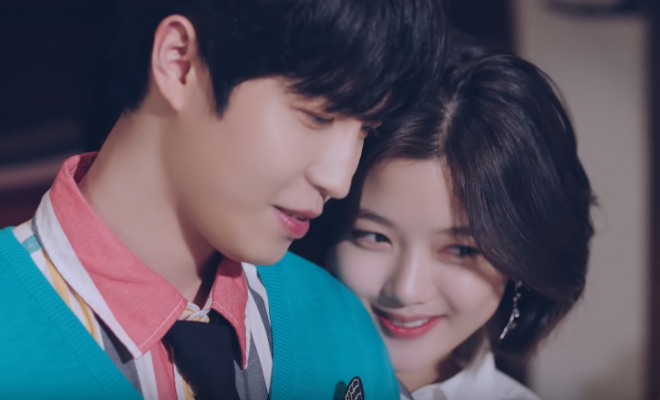 Kim Jaehwan is ready to ‘Begin Again’ in debut MV

Kim Jaehwan has finally made his hot solo debut. He is the next Wanna One member to make his return to the music industry and fans surely have waited so long for this to happen. So, he has debuted with a track called ‘Begin Again‘ with a music video for it. Check out the MV for it below!

It definitely has caught fans off guard when actress Kim Yoo Jung turned up in the music video. It is clear what the music video was trying to address. It is clear that there are two people who leaved each other but had to separate. It appears Jaehwan had to leave but he thanked Yoojung for giving him the chance to love her. It definitely is a touching story.

Because of that, the music that accompanies the video becomes that more emotional. All his emotions can be heard pouring through this song. It is to the point where it bring chills down your spine. It is a powerful ballad that he pull off so effortless. It just goes so well with his vocals and thus one can’t help but notice how much he has improved. Overall, he has chosen the right song to debut with and it definitely makes it even more exciting to hear the rest of his album.

So, be sure to check out the MV above. What did you think of the song? Let us know in the comments below!