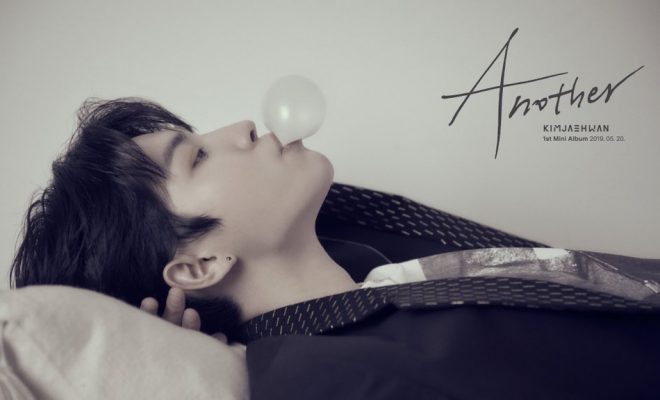 Kim Jaehwan is ‘Another’ classy person for latest concept teasers

Kim Jaehwan continues to kill it with his concept photos. He has dropped his second classy teaser, as well as the tracklist. So, check it out below!

In this latest teaser, he definitely knows the best pose to have fans admiring his confidence. He definitely looks great in this colour gradient. The way the bubble gum is blown out is just done with perfection, giving it that casual yet classy vibe. It is definitely a look that works well with him.

This album has a total of six tracks including the title track, ‘Hello‘, ‘My Star‘, ‘Blow Me‘, ‘Designer‘, ‘Melodrama‘. From the tracklist, it is also revealed that Im Chang Jung had co-composed his title track, as well as written the lyrics for it. It was revealed that this track works much better with Jaehwan‘s range and thus it felt like he sang it 10 times better than I could have imagined.

Meanwhile, he is set to make his hot debut on May 20th. Are you ready for this? Let us know in the comments below!