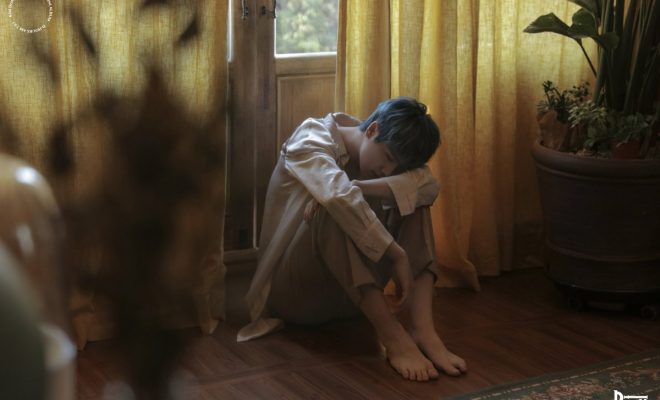 Kim Donghan reveals his special photos, as well as the tracklist and highlight medley for ‘D-Hours AM 7:03’

Kim Donghan continues to reveal his teasers for his upcoming return with ‘D-Hours AM 7:03‘. So, check it out below!

This mini album will have a total of five tracks including the title track, ‘Focus‘, ‘BEBE‘, ‘Make Me So Crazy’, ‘Everyday‘ and ‘Idea‘.

He has also revealed the special photo teasers. In these images, we see a dark turn from his previous teasers. In a dim-lighted room, we see him crouching down and is left deep in his thoughts. The other image also has this dark aura while his facial expressions looks like he is possessed. It definitely is a contrast between the two images.

He had also released a hyper lapse movement with his title track song playing in the background. The track that is playing only features the beat flow and thus may not be how the whole song sounds like. The video itself is quite interesting, especially when the fast movements are used to transition between each scene that may be part of the MV. With that, it surely leaves us more excited than ever.

Donghan has also revealed the highlight medley. ‘BEBE‘ is a great song to introduce us to the album. It has this soothing vibe to it that makes it easy to groove to. It also has a melody that brings out the best in his voice. The title track has this electronic funk vibe to it that will surely get you on your feet. The distort sound while singing “Focus” is also quite unique and works well with the vibe of the song.

‘Make Me So Crazy‘ has a different vibe to his previous tracks. It has this R&B vibe that brings out his beautiful voice. His voice just glides along with the melody so well and when the beat drops, it becomes an even more perfect song. ‘Everyday‘ has this ballad vibe to it that allows you to just focus on the beauty of his voice. The simple piano melody brings out the best in his voice, allowing you to sit back and enjoy the way his voice enters our ears.

Meanwhile, he is set to make his hot return on May 1st. Which track did you like? Let us know in the comments below!