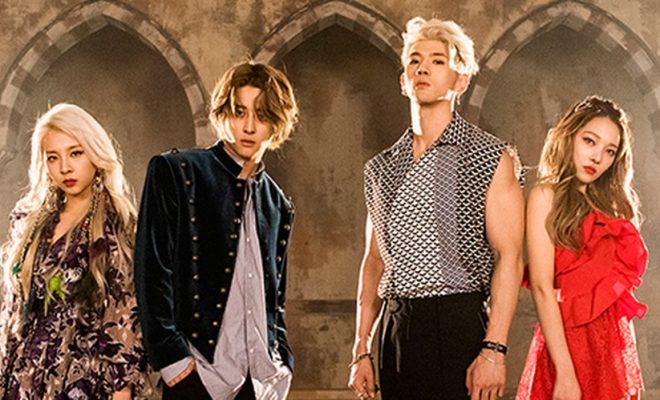 KARD will be making their comeback with ‘Bomb Bomb’ today!

KARD will be making their long-awaited and much-anticipated comeback later today, March 27 with the release of their digital single ‘Bomb Bomb‘.

The full MV teaser for the song has been released, and it’s as powerful and fierce as we had expected from all the individual teaser clips that we have seen so far.

The song appears to be in keeping with the concept and has a powerful reggae beat behind it – which is a genre that we know KARD love.

In BM‘s individual teaser for ‘Bomb Bomb’, he is an all out beast. The choreography is full of fire and passion – oh, and did we mention we’re loving the shirtless, hot and sweaty look!

In Jiwoo‘s individual teaser for ‘Bomb Bomb‘ she’s is full of charisma and subtle sexiness.

KARD will be making their comeback with the digital single ‘Bomb Bomb‘ later today on March 27.

What do you think of the teaser clip for ‘Bomb Bomb’? Are you liking the concept for this comeback? Let us know your thoughts in the comments below.