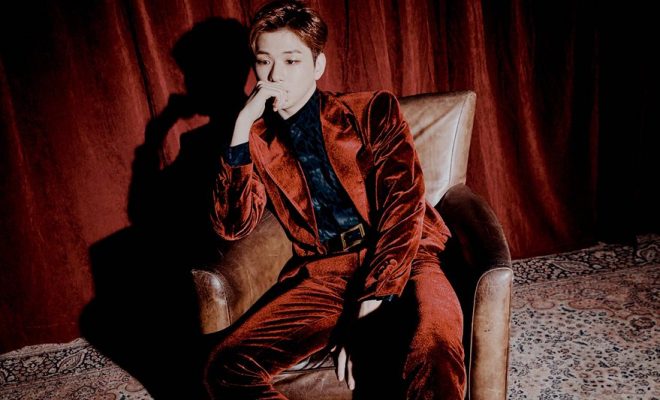 Kang Daniel to make his first comeback with ‘Touchin”

We are finally getting Kang Daniel‘s first return. He has begun dropping his teasers, getting us excited for what’s to come! So, check it all out below.

The first image teaser features a pair of hands reaching for this sparkly yellow gemstone. The background is red. It doesn’t give away much about what the concept is. One thing is known is that the album is called ‘Touchin’‘, which is fitting to the pair of hands touching each other.

His first concept teaser is a close-up shot of his face. It is in black and white and has great use of shadow. Half of his face is well-lit while the rest is hidden in the shadows. The other image teaser has him wearing a tuxedo with a lovely matching hat. Due to the hat, his face continues to be hidden in the darkness.

The second concept teasers have him wearing a lovely velvet suit as he relaxes on the couch. The bright lighting helps create a shadow that is well shown in the curtain behind him. It definitely has fans anticipating on what’s to follow.

He has also released the first MV teaser. It has a soothing beginning with a lot of reverb. It creates this retro and nostalgic vibe that pulls you in. Kang Daniel is seen putting on a video which plays a video that has a James Bond-like vibe. It is mysterious and surely has us observing the video’s every move. It is interesting and leaves fans more excited than ever.

Meanwhile, Kang Daniel will make his hot return on November 25th. Are you ready? Let us know in the comments below!