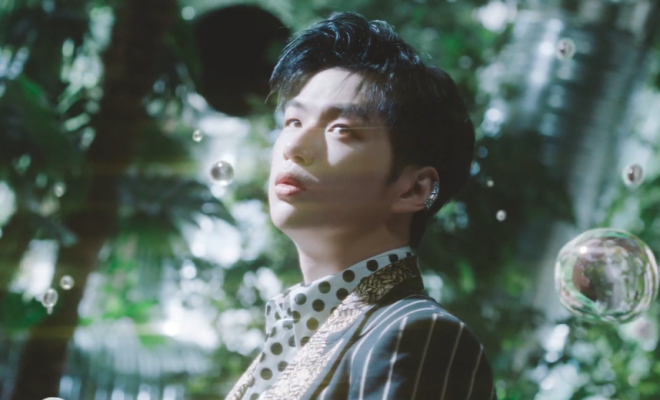 Kang Daniel is making ‘Waves’ with Simon Dominic and Jamie

With the release of his second mini album ‘Magenta‘ just hours away, we think it’s only right that we join in the conversation about Kang Daniel‘s pre-release track ‘Waves‘.

‘Waves‘ was released last week and features not only the enigmatic vocals of Kang Daniel, but also fierce rapping from Simon Dominic and the smooth contrasting vocals from Jamie.

The track is a Latin-inspired dance track that feels fresh and vibrant from the opening chords. All the performers get equal air-time on the track, so it feels more like a true collaboration track than a solo track for Kang Daniel.

If this is the type of music we can look forward to on ‘Magenta‘, we can’t wait

‘Magenta‘ which is scheduled for release at 6pm KST today, includes a total of six tracks including the title track ‘Who U Are‘.

Kang Daniel ‘Who U Are’ MV teaser

Rapper YUMDDA and singer-songwriter Dvwn will feature on songs on the new album. This will be Kang Daniel’s second collaboration with Dvwn, who wrote and composed the track ‘Adulthood’ from Kang Daniel’s previous album ‘CYAN’.

What do you think of the pre-release track from Kang Daniel ‘Waves‘? Are you looking forward to hearing his new album ‘Magenta’? Let us know your thoughts in the comments below.