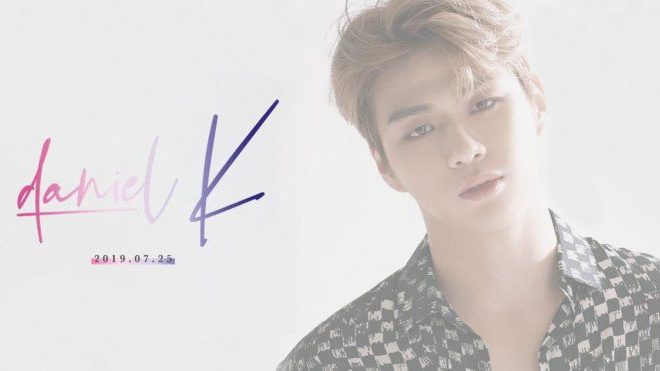 Kang Daniel is getting ready to make his solo debut

Kang Daniel has started dropping teasers for his upcoming and much-anticipated solo debut.

In a teaser released just days ago, it would appear that Kang Daniel is going to be using a new stage name and logo. The first teaser also confirmed the date of his comeback.

His name has been stylised as ‘daniel K‘ and is surrounded with pink and purple tones. The debut date is noted as July 25.

It has also been announced by his agency, Konnect Entertainment that daniel K has finished recording and completed filming the music video for his title track.

In further details about the release, it has been revealed that Kei Lim, CEO of Devine Channel, is the main producer of Kang Daniel’s debut album.

New teaser images were released of the talented performer which only heightened anticipation for his upcoming solo debut. In one shot he is staring right through the camera, while in the other he is seen in profile looking thoughtful.

We’ll keep you up to date with all of daniel K‘s solo debut as soon as they are released.

What do you think of the teasers that have been released for daniel K‘s solo debut so far? Are you looking forward to hearing his new material? Let us know your thoughts in the comments below.