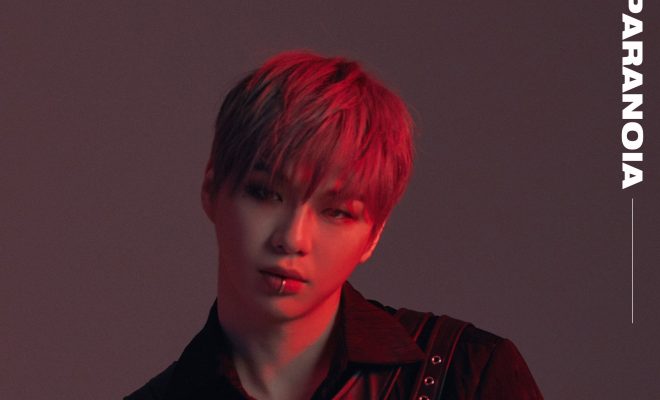 ‘Paranoia‘ is scheduled for release on February 16 at 6pm KST.

In a recent interview with 1st Look, the singer revealed that he has been very hands on with this release. The song is quite personal and reflects his desire to be than just a singer.

He is quoted as saying, “I want to show myself as a real artist“.

“It’s about the anguish required to become a serious artist. A lot of my own thoughts and worries have been incorporated into the comeback and there will be a lot of sincere stories. It will be about one part of the person called Kang Daniel”.

You get exactly that feeling from the new MV teaser. It feels dark, raw, emotional and slightly uncomfortable.

In the concept images that have been released, the dark, moody and mysterious concept continues.

For the digital single, Kang Daniel partnered up with his ‘State of Wonder‘ collaboration partners – Inverness and Anthony Russo. Anthony Russo composed the track and Inverness worked on the production.

Kang Daniel‘s comeback with ‘Paranoia‘ is scheduled for Feb 16 a 6pm KST.

Narelle
← Previous Story We can’t wait for SHINee’s comeback!
Next Story → ONF give us more details for ‘ONF: My Name’