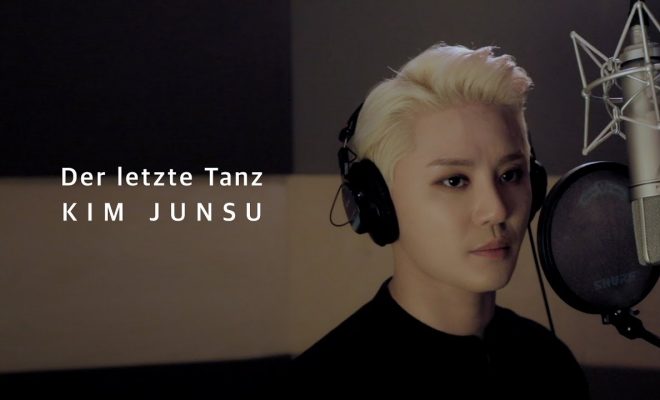 As many knows, JYJ‘s Junsu is someone who have appeared in many musicals. In particular, last year, he was in the musical Elisabeth. As his role as death, one of the songs he sang is called ‘Der Letzte Tanz‘. We finally get an official audio MV for it. So, check it out below!

With him singing this kind of song, we can hear just how controlled his voice is. He has full control of his voice to project his voice the way he wants. His outfits and makeup done for this music video is on point and goes well with his role in the musical. He has such a voice that goes so well with this kind of setting. You can’t help but fall deep in his Death charms. He does such an amazing job in bringing out the right emotions in his voice to portray Death.

So, be sure to check out the whole track above. Did you like it? Let us know in the comments below!