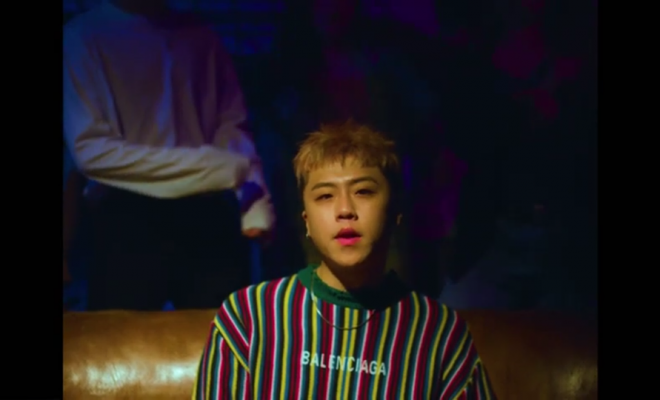 June is living for ‘Tonight’ in his new MV & Album release

There is something beautiful about June releasing his new MV in June.

We absolutely love the style of this video, especially with a song like ‘Tonight‘ just making you feel like you stepped into the 90’s but in the best way possible. Take a look for yourself!

The sultry backing track mixes well with the visuals adding an almost neon-90’s feel. This is a song that will make you feel like a teenager again and the MV plays right into the youth of the track. Written like a love song, we can really feel where the song is going and its just a great song to jam to.

Along with the video, June also released his album titled ‘Today’s‘ as seen below on their official Instagram.

It seems his fans are in agreement that this new arrangement for June is just overwhelmingly wonderful. Listening to the album, there are songs for every mood. As expressed in our medley article, each song is almost tailored for a part of the day or mood so no matter how you feel or what you are doing, you can take June along with you. This album is really cleverly designed and we cannot wait to listen to it on repeat!

What’s your favorite song from June? Tell us below.

asiaadmin
← Previous Story What ‘Feedback’ will you give BOA’s new MV?
Next Story → BTS are in a ‘Dream Glow’ with their new release while teasing us with their family portraits