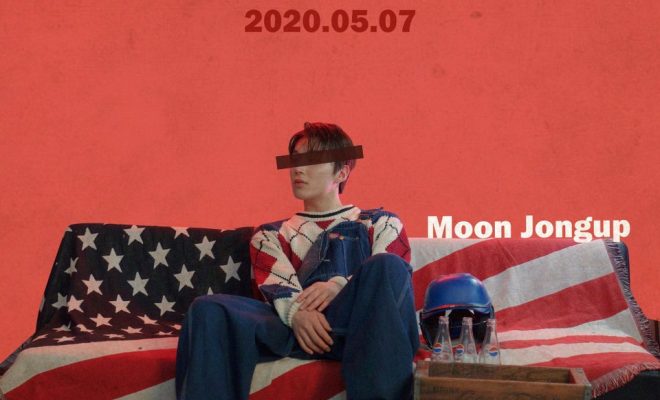 It looks like Jongup is finally teasing for his solo debut. Check out the details below!

He began the teasers with the coming soon teaser. In the image, we see him chilling on the couch while looking cool. The outfit definitely goes well with the couch. The overall concept is quite chill so far.

Ahead of his debut, he has also dropped a lot of teasers, giving us hints on what to expect. A rainbow setting is seen on the bridge is seen on one of the images, while lots of other images showcase a collection of things like lollies or buttons. It looks like a colourful concept is coming our way.

The next teasers showcase where the MV may be presented. We get this neon-lit cafe where one would love to chill. It may indicate that we will be getting a relaxing track from him.

He has also dropped the schedule. He will be releasing the concept teasers from April 28th to May 5th. The audio teaser and album preview will be revealed on May 1st and 6th.

He has begun to drop the concept teasers. The first image gives him a fresh look as he embraces quite light colours. He looks amazing while leaning against the washing machine door. The reflection also enhances the beauty of this image.

He will make his solo debut on May 7th. Are you ready? Let us know in the comments below!