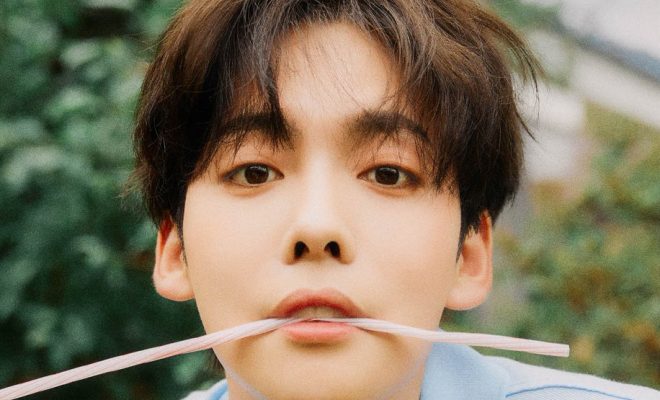 WINNER‘s JINU reveals more on his upcoming solo debut. So, check out the latest below!

In his second title teaser, we find out more about the title track. In particular, it was revealed that member Mino will be featured on this track. It is also revealed that Mino had helped with composing and write the lyrics for this song.

He revealed the first objet motion in which features a clock counting down to his debut. It has the similar colour scheme that has been featured in his images. It is warm and comfoting to look at.

The second objet teaser features a beautiful yellow ball that has a straight face on. Before it changes into a love emotion!

His D-3 teaser features him in one of the claw machine while he is playing around in there. He acts so cute there, warming up our hearts. Even the soft colour scheme works well with the overall of this video.

The third objet teaser features a weird room with four seats. Each seat comes with a table and a desk lamp. The background contains these weird wave machines that appears to be generating some kind of electric static. It is different to what he has shown so far.

His latest teaser features a recorder that keeps turning. On the wheel contains his name and the name of the title track. The colour scheme itself has this retro vibe to it!

He has also revealed the MV teaser which features places that we have previously seen in his individual teasers. What we hear and see has taken our breath away! Fans are definitely more excited for its upcoming release.

Meanwhile, he will make his hot debut with ‘JINU’s HEYDAY‘ on August 14th. Are you enjoying the teasers? Let us know in the comments below!