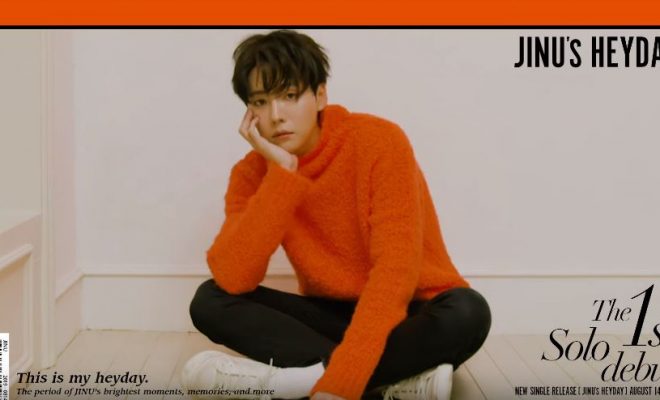 JINU flashes us his greatest looks in new concept teasers

JINU has revealed more concept teasers for his upcoming debut. Check out the latest below!

He has revealed his second concept teaser. In this video teaser, we see him in this lovely fluffy orange outfit that goes well with the borders of this video, as well as the cover of his album. This synth sounds paired with the piano has an interesting sound that gets quite addictive especially when it is played on repeat like this video.

He has also released the title poster. It is revealed that the title track is called ‘Call Anytime‘.

Meanwhile, he will make his debut on August 14th. Are you enjoying his teasers? Let us know in the comments below!