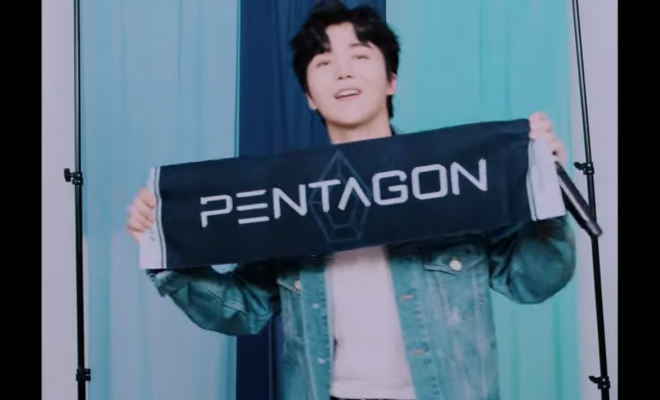 For this month’s Magazine Ho release, Pentagon‘s Jinho has covered some of his favourite Coldplay songs.

The medley includes Jinho‘s versions of Coldplay‘s songs ‘Yellow’, ‘In My Place’, ‘The Scientist’, ‘Adventure of a Lifetime‘ and ‘Viva La Vida‘.

Jinho‘s vocal is so soothing and versatile that he has no issues transitioning between the songs. We could listen to his voice all day.

During the cover of ‘Viva La Vida‘ he does his own take on the Coldplay clip which sees them waving huge Coldplay banners around. He has someone pass him a Pentagon banner which he proudly waves around.

What do you think of Jinho‘s Coldplay covers? Do you think his voice suits these kind of songs? What do you want to see him cover next? Let us know your thoughts in the comments below.

Narelle
← Previous Story Here are all the FTISLAND updates you need – for this week anyway!
Next Story → DAY6’s Dowoon gives us a look at ‘Out Of My Mind’ drum practice