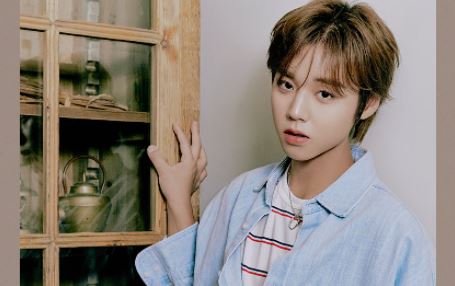 Jihoon draws you towards his ‘My Collection’ concept trailers

Jihoon has dropped more concept teasers for his upcoming return with ‘My Collection‘. Check it out below!

In his second concept teaser, he goes black and white. This definitely has a different vibe from what we have seen for his first concept teaser. Since it is in black and white, it brings forth his charisma and mature vibe as he stares at the camera. He surely knows how to be youthful yet manly.

He has revealed the mood spoiler. It gives us a feel for what kind of song he will be releasing. It has this tropical vibes that are fitting for this current season. The video itself features his playful side as he moves to the song. We also get to see him pose at different places in the room, allowing us to see the behind the scene footage of his image teasers.

In his concept trailer, it features a different song from the mood spoiler. This one has this nostalgic vibe that one would want to chill along to during the night. The video itself features a white room while he poses for the camera. Once again, he is such a natural on camera as he allows us charms to shine through.

His latest teaser is the art film. This too showcases another song. This one is much more playful and fun to listen to. It is the kind of song that one would love to bop along to. The video itself features him smiling at the camera while posing with different artworks.

He has also revealed the MV teaser for ‘Gallery‘. It has this groove that is fitting to summer. We can’t help but move to it. It has such an enjoyable melody that already sounds like a bop. We can’t wait to hear more of it.

Meanwhile, he is set to make his hot return on August 12th. What do you think of his teasers so far? Let us know in the comments below!