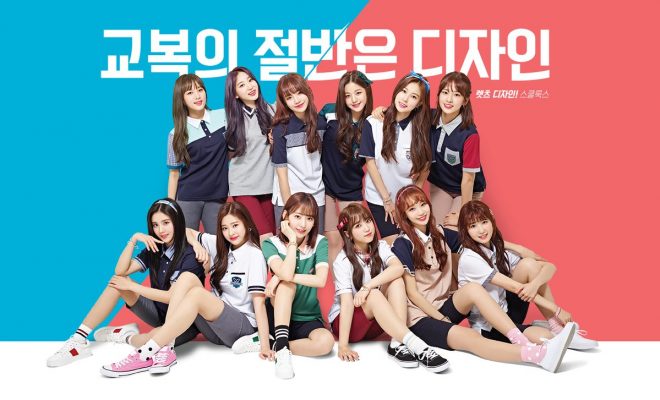 IZ*ONE gives you a preview of their upcoming album, ‘Heart*IZ’

IZ*ONE has revealed the album preview for ‘Heart*IZ‘, as well as the two MV teasers. So, check it out below!

This album has a total of eight tracks including the title track, ‘Violeta‘, ‘Sunflower‘, ‘Highlight‘, ‘Really Like You‘, ‘Airplane‘, ‘Up To The Sky‘, ‘I Want To Be A Cat‘ and ‘Goodbye‘. From what we have heard so far, we can clearly seen they have gone for songs that fit them well. These tracks are what bring out the best in their voices as well as their overall concept. It is also nice to see them showing a new side of them which has fans more excited for the album’s full release.

They have also revealed two MV teasers for their title track, ‘Violeta‘. The first MV teaser features mixture of their two concepts: Violeta and Sapphire. They definitely know how to look quite sophisticated, even though they are just sitting there.

The second MV teaser features such a beautiful scene where lovely flowers are seen surrounding Wonyoung. Then, it changes to show their dance choreography. It is just as beautiful as what we have previously seen. Yet, they somehow managed to increase the quality, making fans more excited for their return!

Meanwhile, they will make their hot return on April 1st. What do you think of the title track? Let us know in the comments below!

Tracey Luu
← Previous Story EXO’s Chen reveals the highlight medley for ‘April, and a flower’
Next Story → HOT PLACE gets you ready for their debut with teasers