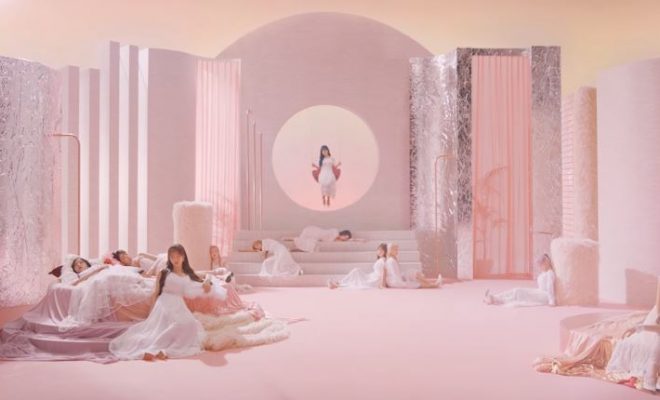 As promised, IZ*ONE is preparing for their upcoming return. They have released many teasers. So, check it out below!

They began with their concept trailer. In this clip, we get a mystic vibe where a heavenly place is shown. It is the kind of song that heightens expectation and has us expecting the best from them. From what we hear so far, it definitely is a totally different vibe to what they have shown us so far. The visuals are always on point and leave us mesmerised. It definitely gets us excited for what’s to come.

They have also released each member’s individual teaser. They have definitely captured us all with three different concept. The first concept is ‘I Was‘ which is soft and bubbly, letting their cute charms to come through. The second concept, ‘I Am‘, gives us a majestic vibe as they go for that royal look. Finally, the last concept, ‘I Will‘, is more floral. It is full of colours and leaves us captured by their looks.

For their ‘I Will‘ teasers, they have also revealed their unit teasers. Wearing pastel suits, they fit well with the floral look. They have this serious facial expression on which contrasts nicely with the uplifting colours.

They have also released the tracklist. This album will contain a total of twelve tracks including the title track, ‘Fiesta‘, ‘Eyes‘, ‘Dreamlike‘, ‘Ayayaya‘, ‘So Curious‘, ‘Spaceship‘, ‘You & I‘, ‘Daydream‘, ‘Pink Blusher‘ and ‘Open Your Eyes‘.

Meanwhile, the group is set to make their hot return on November 11th. Are you enjoying the various concepts? Let us know in the comments below!