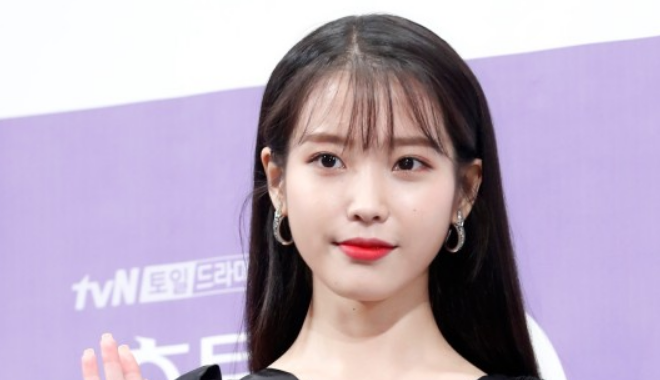 Yes, that is right! IU will be making her hot return soon with a digital single. Check out the details below!

It is revealed that this upcoming song has been produced by BTS‘ Suga. IU He will also be featured on this track. It is said that a MV will be released. This will mark her hot return in six months since her last release. It is said that she will be presenting a new side of her with a different music style. She had participated in songwriting and lyric writing, as well as preparing the entire concept of this single. So, it will be interesting to see what kind of song she will release.

She has also dropped the first image teaser. The image teaser showcases two different scenery. The first scene shows someone lie down while wearing a white outfit. The bottom image gives off a wedding-like or ballerina look. It will be interesting to see the connection between the two concepts.

She has also revealed a new image teaser. This image teaser allows us to see how beautiful she is while wearing an elegant cream-like dress. She definitely looks like a princess with the dress she is wearing and how perfect her hair style is. One can’t wait to see what kind of song she will release.

Meanwhile, she will drop this single, ‘Eight‘, on May 6th. Are you excited? Let us know in the comments below!

Tracey Luu
← Previous Story Fanatics drop the ‘Plus Two’ tracklist
Next Story → N.Flying gives you a look at their light stick design