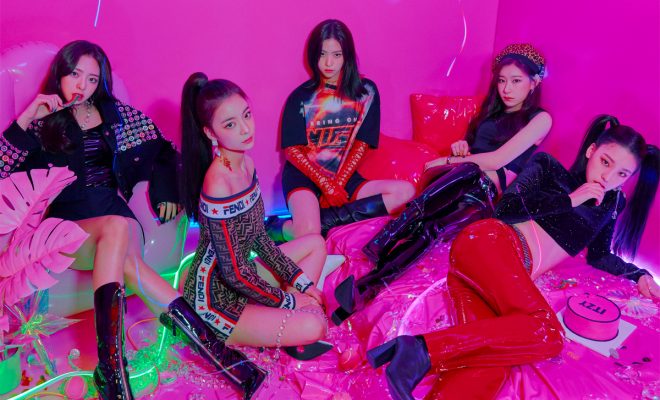 Itzy are a new girl group that debuted 5 months ago with their hit title track ‘Dalla Dalla‘. They set crowds in a frenzy with their glamorous outfits, strong dance moves, sweet vocals and attitude.

Since their debut their fans as well as Itzy have been waiting to find out what the group’s fandom name would be. Well get excited fans because their new fandom name was released on the group’s official Twitter.

There you have it fans! Itzy’s new fandom name is ‘MIDZY‘. What do you think of the name? What would you have called the group? Tell us your suggestions below!

Adding onto this, the group also released details for their next comeback set for July 29 on their Twitter.  They will be making their comeback with the mini-album ‘IT’z ICY‘ and the title track ‘ICY‘. The girls released a set of summery images for the teaser featuring sweet looks and ice creams.

Their second set of images are a more demure side showing attitude and fierce outfits. Alongside this, they also added teaser images for the track list.

ITZY‘s mini-album ‘IT’z ICY’ and the title track ‘ICY’ are scheduled for realse on July 29.

While the initial theme seems summery, we are curious to see the reveal of the MV teasers and how they correlate with the track list design. What do you think of the concept? Tell us below.