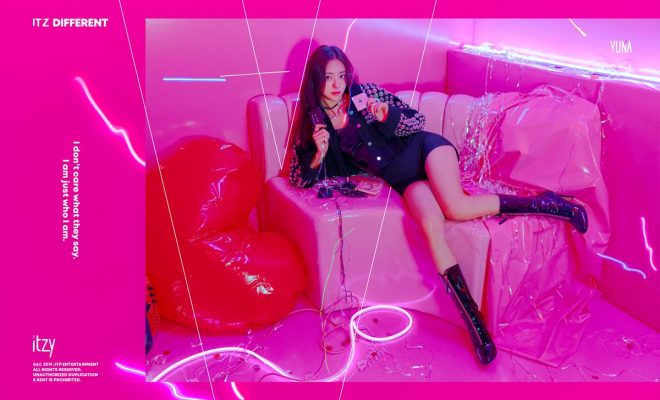 Upcoming girl group ITZY has finally revealed the MV teaser, as well as their debut date. They have also revealed the final set of image teasers. So, check that all out below!

Yuna is the final member to reveal her image teasers. Like the other members, she has two kind of teasers. One where she embraces her girly side with the cutesy and pink look. While the other image shows off her more cool and charismatic side. No matter which kind of image we look at, both concepts works well with her.

Meanwhile, the video itself showcases the members with their own respective suitcase walking to an elevator. It takes a turn when they cover the camera. We see a more stylish side of them with a beautiful beat. One can’t wait to see where they will take this theme!

Meanwhile, they will reveal the MV on February 11th with the single to be revealed on February 12th. Are you excited for their debut? Let us know in the comments below!