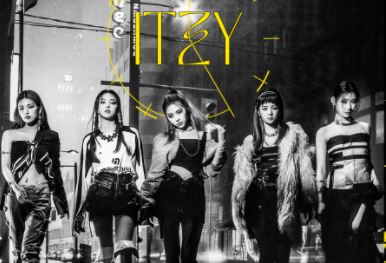 ITZY drops their ‘Guess Who’ tracklist

ITZY has begun teasing for their upcoming return with ‘Guess Who‘. Check it out below!

It is revealed that their title track is ‘In The Morning‘. They also have two concepts which are known as their day and night concept. For their day concept, we see the members wearing dark outfits. However, the colour pink is seen surrounding them, giving us that girl crush vibe. They definitely know how to appeal to their audience, leaving us guessing what they will be returning with. While, for the night concept, they have gone for the black and white concept with beautiful yellow stripes added across the image to have that enhanced security effect.

Yeji is the first member to drop her individual teasers. For her night concept, we see that distinct yellow colour used, which contrasts well with the slightly saturation used on the image. It has this intense look that leaves you drawn to the image. For her night trailer, we hear the sound of an aeroplane or a helicopter turning on in the background, as well as some intense sounds. The video edits were done so magnificently well, leaving us in awe of the way it has been filmed. She looks incredible for her night concept.

For her day concept, we see that distinct use of shades of pink, which softens her overall charisma. She looks incredible in this colour scheme, which is a total contrast from her night concept. From the video, we hear a beautiful kick sound that goes well with her use of red. She shows off her red lashes while staring deeply into the camera.

Meanwhile, they will make their hot return on April 30th. What do you think of the concept thus far? Let us know in the comments below!