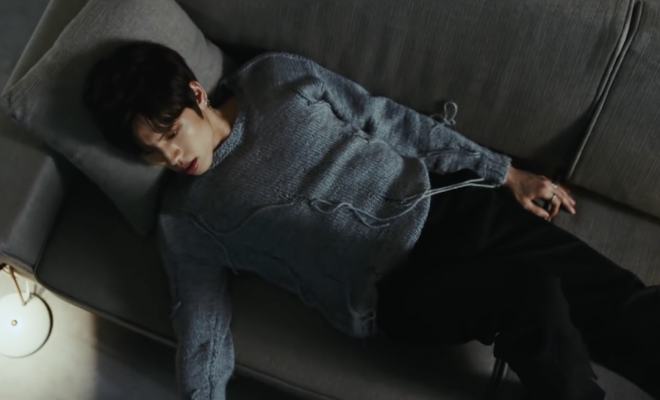 Yes, that is right! INFINITE‘s Dongwoo has finally made his hot solo debut with the title track, ‘News‘. With his solo album, ‘Bye‘, there is a b-side track called ‘Party Girl‘. It looks like he had also revealed the MV for it too. So, check both tracks out below!

‘News‘ is actually such a great song to listen to and shows a side of him that he doesn’t normally show when he is in INFINITE. However, that is what makes his solo debut so special. He begins off with a soft melody where his voice just flows so well on top of the melody line. The music video itself is actually quite dark and mysterious, making it such so interesting to watch. There is also rap sections which fits so nicely with the way he sang this song. It has that vibe that surely brings perfection to the song. Overall, he has chosen the right song to debut with.

Meanwhile, ‘Party Girl‘ is the kind of track that we have expected from him. It is such a bop to listen to where you can’t help but really dance along to its beauty mood. Even though there is quite many melancholy sections, it fits well with the dance choreography that makes it so fascinating to watch. Fans are surely happy to get a music video for it since it showcases his dancing abilities more. It is just incredible to watch him move.

Meanwhile, be sure to show your support by checking out both the music videos above. Which track attracted you more? Let us know in the comments below!