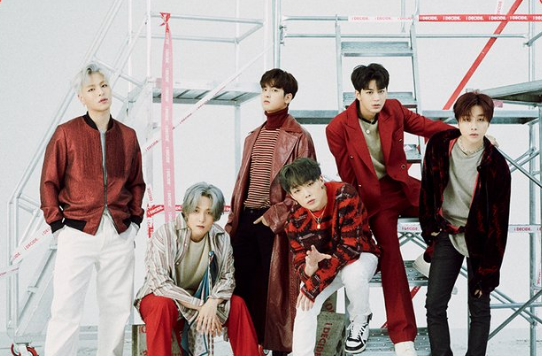 iKON finally gives us a comeback date, as well as their main title poster. Check it out below!

So, the title track is called ‘I Decide‘. We see the members in beautiful shades of red with touches of white. This kind of look definitely goes well for them as they showcase their charismatic side.

YG has also released a statement in regards to this album. It mentions that this album has a total of five new tracks. These tracks were completed in early 2019 where this album was set to be released in mid-2019. However, due to B.I‘s departure, iKON‘s comeback was delayed.

They revealed that there was a total of two issues that needed to be addressed. The first was deciding on whether the songs produced by B.I should be used. The second was the fact that B.I‘s section needs to be recorded and thus a new melody and new line distribution were required. So, for this album, these songs are readjusted and used for this new album. This album will also contain a new song where a one of the iKON members participates as a composer for the first time.

Meanwhile, they will release this album on February 6th. Are you ready? Let us know in the comments below!

Tracey Luu
← Previous Story Luminous prepares for their debut with introduction teaser!
Next Story → IZ waits for ‘The Day’ in MV teaser