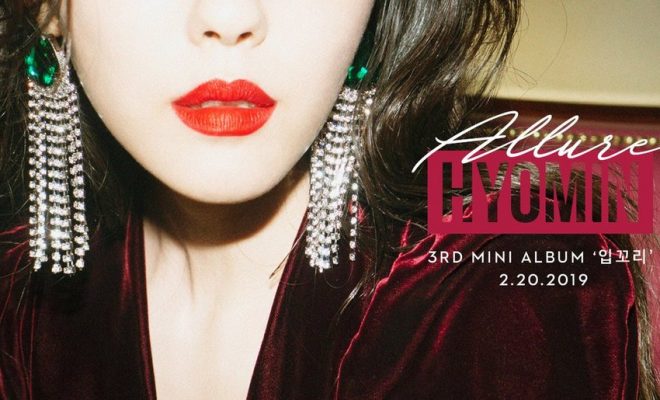 Hyomin to make a quick return with a new mini album!

Yes, that is right! Hyomin will be returning with a new mini album called ‘Allure‘. Check out the latest image teaser below!

Even though the image itself doesn’t reveal a full image of her, just by looking at it, it fits in nicely with the album’s title, ‘Allure‘. She looks beautiful with the red lips, the jade earrings and the red velvet outfit. Judging from what we have previously heard from her, we can expect another exciting album from her!

Meanwhile, Hyomin will make her hot return with her third mini album on February 20th. Are you excited? Let us know in the comments below!

Tracey Luu
← Previous Story Jisook reveals the MV teaser for ‘The Way We Were’
Next Story → S.I.S’ Dal to sing about a ‘Sad Love Story’