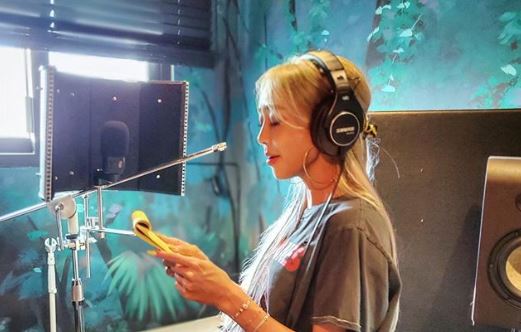 Hyolyn tells you to ‘Say My Name’ in comeback teaser

Yes, that is right! Hyolyn is set to make her hot return with ‘Say My Name‘. Check out the teasers below!

In her first image teaser, she reveals that she will be releasing her 2nd mini album called ‘Say My Name‘. The image itself features blue containers with the beautiful orange font pasted on top of it. It doesn’t reveal much about what’s to come, leaving us quite excited.

She has also dropped the tracklist. There is a total of six tracks including ‘Morning Call‘, ‘Say My Name‘, ‘Dally‘ featuring Gray, ‘See Sea‘, ‘Bae‘ and ‘9Lives‘.

Meanwhile, she will return on August 19th. Are you ready for her return? Let us know in the comments below!