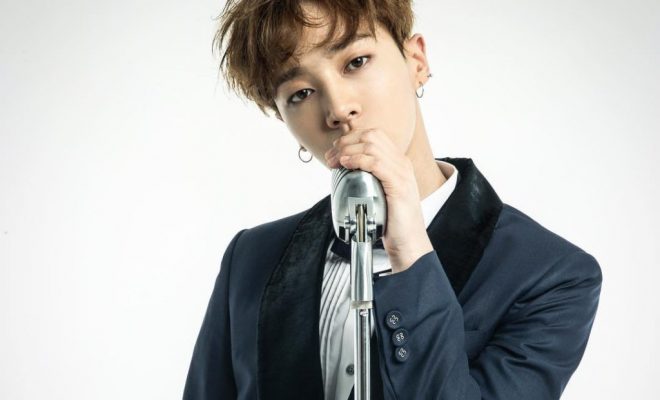 Highlight’s Lee Gikwang will be enlisting as a conscripted policeman

Highlight member Lee Gikwang looks to be the next member of the group to undertake his mandatory military service.

Late yesterday the Gyeonggi Southern District Policy Agency released the list of successful candidates for the 363rd recruitment of conscripted policemen.  Lee Gikwang‘s name was included on the list.

Highlight‘s agency Around Us Entertainment stated, “Lee Gikwang took the exam to be a conscripted policeman and he has successfully passed.”  No formal announcement has been made in relation to his enlistment date, however, it is expected that this will be confirmed sometime in January.

Fellow Highlight member Yang Yoseob will also be serving as a conscripted policemen and will be enlisting on January 24, 2019.

Yoon Doojoon enlisted in August this year and remaining members Yong Junhyung and Son Dongwoon are expected to also enlist early in 2019, although no details have yet been released about their plans.

Highlight recently made a successful comeback as four (4) members with the album ‘Outro’ and the title track ‘Loved‘.

Check out Highlight’s ‘Loved’ below

What do you think of the news of Gikwang‘s impending enlistment?  Let us know your thoughts in the comments below.

asiaadmin
← Previous Story KBS Gayo Daechukje reveals their final full-lineup!
Next Story → Zelo is the next member to leave B.A.P