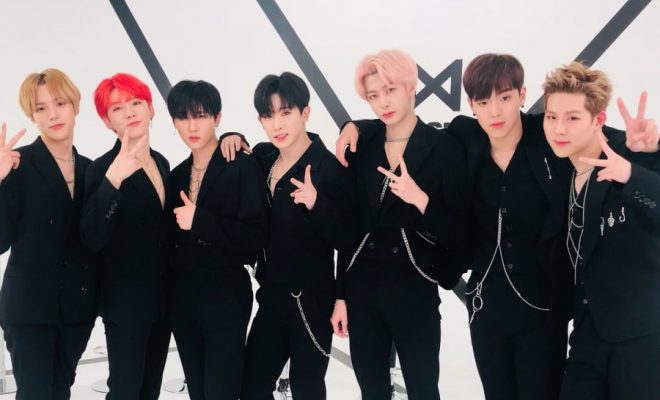 As the MONSTA X ‘We Are Here’ 2019 World Tour continues to wind its way around the globe, Monbebes in Australia are getting more and more excited as the Australian leg of the tour draws ever closer.

With thanks to Frontier Touring, MONSTA X will be performing in Sydney on June 5 2019 at the ICC Sydney Theatre and Melbourne on June 9 2019 at the Margaret Court Arena.

To get everyone in the mood, here’s part two of some of our favourite MONSTA X songs. You can check out part one here.

When we reviewed all their tracks, we realised very quickly that we may have to do part three (and maybe four, five and six) as well.

These songs are in no particular order, it would be impossible to choose a favourite, they’re all too good!

A lot of people called this track a reinvention of the group, however, I believe that they were growing and experimenting with their sound. ‘Jealousy’ was about them finding a groove that works for them.  This track still incorporates a heavy dose of the hip hop feel that we know and love them for, but it’s melded and blended in with the funky, dance R&B feel of the track.

There’s an 80’s vibe on full display with the vocal hook and a chorus that just won’t give in – it’s instantly catchy and is certainly ‘ear-worm’ worthy.  However, it’s the down and dirty pop beat of the instrumental which drives the song forward.  The background vocals are just funky enough to give depth and meaning to the track.  This is one of the best tracks MONSTA X has ever gifted to us.

‘Play It Cool‘ saw MONSTA X collaborate with the amazing Steve Aoki on an English version of the track to produce a song that was strong and unique.

At the time of the release Steve Aoki commented that ‘Play It Cool’ is the perfect song to showcase the vocals of the MONSTA X members as it brings together the world of K-pop and EDM to create a new sound that will captivate anyone who listens to it. The song has an addictive hook and a melody that is simple but repetitive which just works.

‘Alligator‘ is a solid MONSTA X-styled song. It is loud, bombastic and completely addictive. It takes the brash elements of ‘Shoot Out‘ and the dirty funk moments of ‘Dramarama‘ and mashes them together to create a track that you will desperately want to hear live!

This song shines a spotlight on the vocals of the members which we don’t always get to focus on. And, let’s be honest any song that features the rap line “hello, I’m an alli-alligator“, is a winner in my book.

‘Fighter‘ saw MONSTA X stage dive right into the 80’s stadium rock sound It jumps from the starting blocks with an impressive mashing of symphonics and crunchy guitar. The orchestral work on this track is impressive and gives the track a dramatic sound and feel. The breathless, go-for-broke pre-chorus is dramatic as it pulls back and hypes you up at the same time.

‘DRAMARAMA‘ is an urban funk track that features the group’s signature hip hop vibe.  The rap lyrics for the track were written by Jooheon and I.M.  The rhythmic guitar riff sets the tone of the track and adds to the funk vibe which is in contrast to the band’s most recent releases.   The song has a strong and addictive beat which is driven along by a rumbling bass.   This song was a departure from their tried and trusted sound, but it remains one of my personal favourites.

When ‘Hero‘ was first released, there was no MV released, which caused a little bit of an uproar in K-pop land, needless to say when the ‘Special Clip’ was released, Monbebes the world over were satiated!

‘Hero’ is a song that solidified MONSTA X‘s signature sound, it features creeping synths and hip-hop braggadocio. The song tied their brash influences with a completely addictive pop chorus to give us a song that stands the test of time.

We could talk about the ‘Special Clip’, but just look at the screen grab below, that’s all the commentary you need!

Tickets for both Australian shows are now on general public sale through Ticketek.

We know you all want more MONSTA X, so stay tuned for more news coming soon!

Do you have a favourite MONSTA X song? Will you be seeing them on their ‘We Are Here‘ world tour? If you’re in Australia have you got your tickets yet? Let us know everything in the comments below.

Narelle
← Previous Story SEVENTEEN wants a ‘Happy Ending’ in new MV
Next Story → Will we be hearing solo material from Seventeen’s The8 soon?