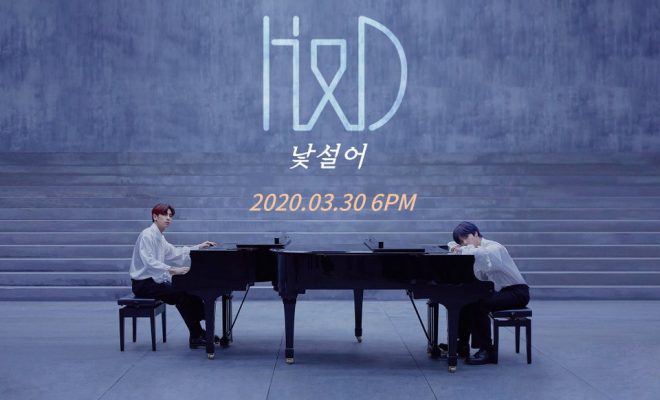 H&D prepares for their official debut with latest teaser

Yes, that is right! H&D, also previously known as Hangyul and Dohyon, is making their official duo debut. They have teased for their debut. So, check it out below!

They have dropped an image teaser that features their logo, as well as their the bottom section of a photo. We see two of them standing near the edge of a place. It doesn’t give away much about what they will be releasing.

Meanwhile, due to the current situation with COVID-19, they will be delaying this debut from March to April 21st. Ahead of this debut, they will be releasing a pre-release track called ‘Unfamiliar‘. In the image teaser, it features both the members on a piano each. It looks like we will be getting a soft and sweet song from them.

This track will be released on March 30th. Are you excited? Let us know in the comments below!