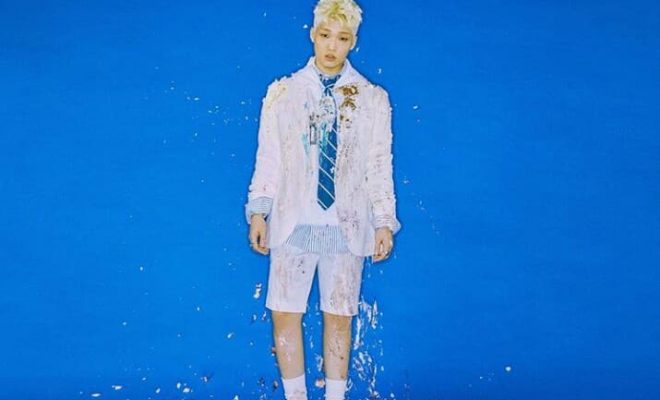 Haon has a way with music and we are so thrilled that he has come back with yet another sweet track titled ‘BwB’ which is short for ‘Birthday Work Brothers.’

Haon teased us with a couple of short clips on his Instagram to get us prepared for this new song. The first clip released was a short teaser of the vocals for the song.


With such a simple clip, you could tell that this song was meaningful to Haon and took the time to focus on the image being represented in the clip.

The second clip released was a cake smash style video with Haon getting cake thrown at him. Now that is an amusing way to showcase a release.

On July 7, the full song was released and we would love to have Haon wish us a Happy Birthday this month because this track is just so wonderful. It has all the cool vibes you would want to wake up to on your birthday and that celebratory feel.

So break out the cake, Gather your friends and have Haon wish you a Happy Birthday (even if it’s not, you’ll feel like it is with this song).

What do you think of Haon’s new song? Comment below.

Want to be in the know? Stay up to date with All Access Asia!

asiaadmin
← Previous Story DAY6 are giving us the ‘Time of Our Life’ in new teasers
Next Story → DAY6 are on countdown to the release of ‘The Book of Us: Gravity’