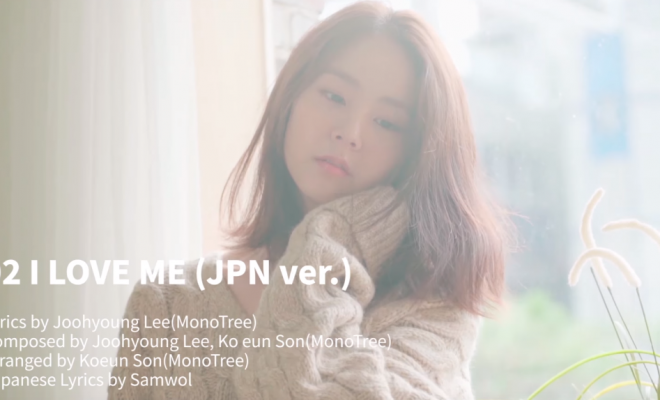 Han Seung Yeon prepares for her second mini album called ‘To The Blue Sky‘. Before she returns, she has revealed more image teasers. So, check it out below!

So, in the first MV teaser, we get to hear how it sounds like. It has a beautiful piano and strings melody. It also works well with the mood of the video. One can’t help but be drawn to its beauty. However, it ends too quickly.

She went ahead and revealed the second MV teaser. It plays the same of the track we have previously heard. However, it accompanies another part of the video. It helps give us a sense of where the music video is heading towards.

Seung Yeon also revealed the highlight medley. Through this video, we get to hear the different tracks. The title track is just as soothing as we though it to be. Thus, it allows her soothing voice to surely stand out. Then, ‘I Love Me‘ is quite upbeat and really lifts up our soul. The Korean version is just as beautiful as the Japanese version. ‘What Is Your Name‘ is the kind of song that people would love to groove to. It is also a song that fans can fall in love with. She surely knows how to show different sides of her voices.

Meanwhile, she will make her hot Japanese return on January 30th. Are you ready? Let us know in the comments below!