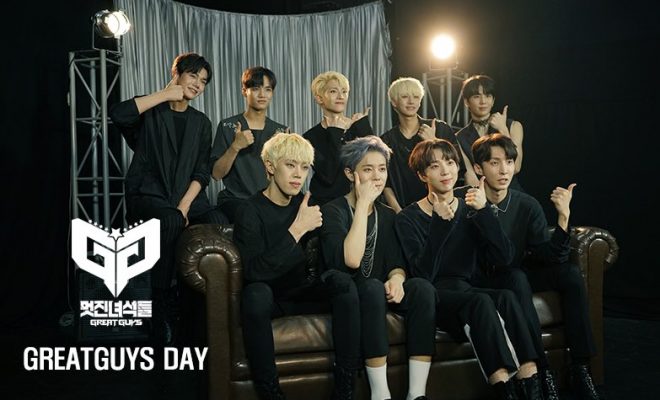 GreatGuys will ‘Trigger’ you with their individual teasers!

GreatGuys have begun teasing for their upcoming return! They have teased it for a while and now we finally get some details on it. So, check it out below!

They have dropped the comeback schedule. They will realise the individual teasers from April 1st to April 4th. Following on is three MV teasers set for April 8th, 9th and 10th.

They have dropped the first set of individual teasers. In Hwal Chan‘s first image, he is wearing this lovely red outfit while looking quite sleek for the camera. He surely looks great in this suit. In Baekgyeol‘s image teaser, he has gone for a more cutesy and serious look. He definitely looks amazing with those glasses on, which matches nicely with his blue outfit. The third image is of member Daun. He definitely looks like a King with the crown on his head. He has an expressionless face on, which goes well with his theme.

Donghwi looks quite relaxed with his guitar. He too looks great in blue! Dong In looks quite cool and charismatic in his image teaser. He is seen chilling on the chair with a money dispenser in his hand. He has that rich vibe to him. The final image is of Ui Yeon. He definitely looks beautiful with the rose bouquet in his hand. He surely has your heart fluttering!

Meanwhile, the group is set to make their hot return on April 12th with the showcase held on April 11th. What do you think of the concept so far? Let us know in the comments below!

Tracey Luu
← Previous Story RAINZ’ Kim Seongri to make his solo debut!
Next Story → TWICE gets you excited with their ‘Finally’ teaser