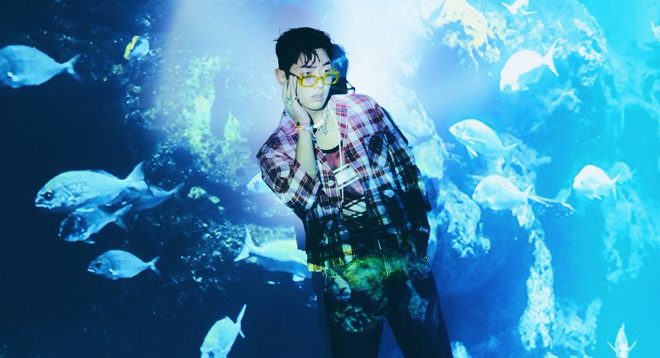 Gray says ‘I Don’t Love You’ to Coogie

With Gray‘s comeback coming up soon, he has revealed two pre-released tracks including ‘I Don’t Love You‘ featuring Coogie and ‘Party For The Night‘ featuring Loco and Lee Hi. He has also revealed the full tracklist for his LP, ‘Grayground‘. So, check it all out below!

‘I Don’t Love You‘ has such a sick beat that goes well with his vocals. It has this vibe that fits with summer. One can’t help but groove along to this beat that has such a soothing melody. To fit well with the vibe of this song, most of the video is filmed to have this blue palette to make it look cool and refreshing. It definitely is quite an aesthetically pleasing video to watch. Coogie is a great addition to this song. He does an amazing job in riding the beat and bringing out his soothing vocals. It definitely enhances the vibe of this track, especially when he sings in the high register. Overall, it is quite a chill song to vibe along to.

He has also dropped the MV for ‘Party For The Night‘ featuring Lee Hi and Loco. This track has such a fun beat with such a unique beat rhythm. It definitely makes it quite interesting to listen to. With this type of beat, it allows Gray to easily show off his rap flow that fits so nicely into this rhythm. It is always nice to see featured artists making their appearance in the video. In particular, to change up the vibe of the song, Lee Hi‘s resonate soothing vocals come in, hitting us with the smooth vibes. She has such a beautiful voice that really enhances this beat. Loco himself also did an incredible job when he shows off his amazing flow. It is a great addition to the song, making the song that more fun to listen to. Overall, this song is such a bop to vibe to.

Gray has finally revealed the full tracklist that lets us know who is exactly featured on his tracks. This album will have a total of 11 tracks including ‘Show Window‘ featuring pH-1, ‘Selfish‘ featuring Woo, ‘Make Love‘ featuring Zion.T, ‘Rise‘ featuring DeVita, ‘I Don’t Love You‘ featuring Coogie, ‘Party For The Night‘ featuring Loco and Lee Hi, ‘Close 2 U‘ featuring punchnello, ‘Ready To Love‘ featuring Hoody, ‘Make It A Thing‘ featuring meenoi, ‘Baby Don’t Cry‘ featuring YUMDDA and ‘U‘.

Meanwhile, he will make his hot return on August 17th. Which track do you like so far? Let us know in the comments below!