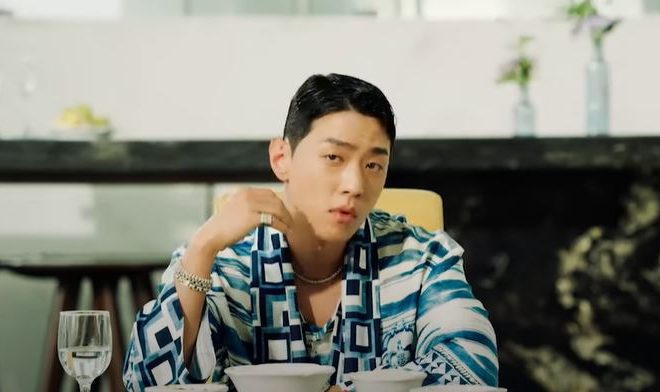 Gray has surprised us all with the pre-release of ‘Baby Don’t Cry‘ featuring Yumdda. He has also dropped teasers for his upcoming return. So, check that out below!

This song has such a chill and soft vibe that goes well with his vocals. It is the kind of song that one would love to relax to or go on a night drive to. This kind of melody is definitely quite soothing, allowing his vocals to stand out. It also makes it quite easy to listen to. The chorus itself is just so catchy to listen to with such simple lyrics that we can all sing along to. Yumdda is a great addition to the song. His voice is a great match to this type of melody. He brings us his sing-rap verse, allowing us to enjoy the smooth nature of this song. He has done a great job to allow his voice to move to the song. Overall, this is a great introduction to what’s to come from his upcoming album.

It is revealed that he will be releasing an LP called ‘Grayground.’. The first image teaser is full of colour and life. It is the kind of party that one wants to be at. The people that are featured in the image features artists that is mainly from AOMG. This may mean that those who are featured in this image may be featured on his LP. Nevertheless, it is nice to guess who is who in this image.

He has also dropped the tracklist without revealing who the featured artists are except for Yumdda, who was featured on his pre-release track. All the tracks except for one will have an artist featured. This LP will have a total of 11 tracks including ‘Show Window‘, ‘Selfish‘, ‘Make Love‘, ‘Rise‘, ‘I Don’t Love You‘, ‘Party For The Night‘, ‘Close 2 U‘, ‘Baby Don’t Cry‘ and ‘U‘.

From his first image teaser, it looks like ‘I Don’t Love You‘ will be the title track. The image itself is simple. It features the name of the track and this underwater shot of bubbles spreading. It is a cool image that is able to show disturbance. We can’t wait to hear this track.

In his second image teaser, he has finally revealed who will feature on his title track. It is none other than Coogie! We are super excited to hear their voices on one track. It will be interesting to see whether Coogie will go full rap or if he will be singing.

Meanwhile, he will release this LP on August 10th. Are you ready for its release? Let us know in the comments below!