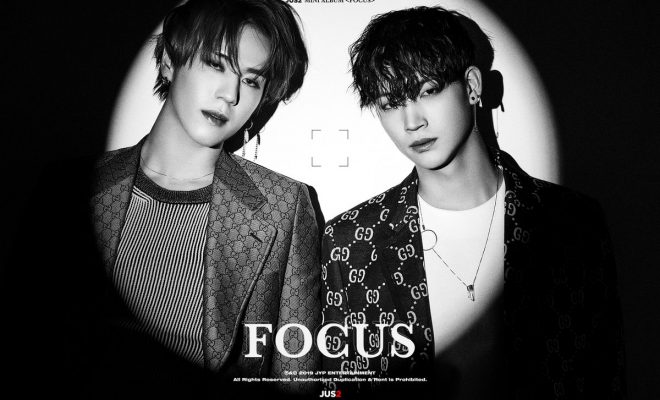 GOT7’s JUS2 gets you excited with their debut schedule!

With the recent announcement of GOT7‘s upcoming subunit, JUS2‘s debut, they get us more excited with their debut schedule. So, check it out below!

Through this schedule, they don’t really reveal much about their teasers. Rather, it gives us a look into the kind of things they have prepared after their release. So, the music video will be revealed on March 4th with the album dropping on March 5th. On March 5th, they will also have their VLive premiere show!

Furthermore, it is announced that the duo will be having a premiere showcase tour. They will be holding their tour in the following places: Macau, Tokyo, Taipei, Osaka, Jakarta, Bangkok and Singapore!

They have also revealed the album packaging details. This album will come in three versions. There will be the unit, JB and Yugyeom version. There will be two kinds of cover and sleeve for the album. Each album will come with a photobook, a CD, a lyrics poster and two random photo cards. For those who pre-order, they will get an additional poster, unit photocard and an accordion book!

Meanwhile, JUS2 will make their hottest debut on March 4th. Are you excited? Let us know in the comments below!