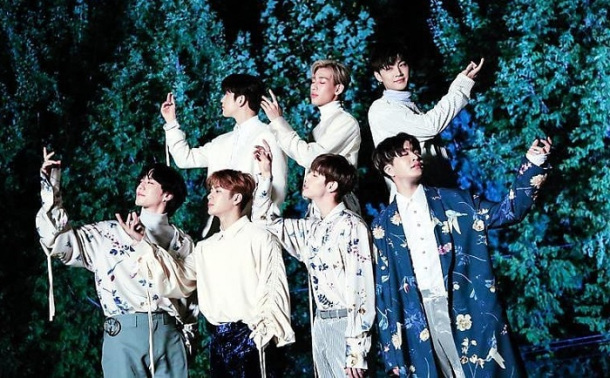 GOT7 hypes you up with their ‘Spinning Top: Between Security & Insecurity’ teaser

Yes, that is right! GOT7 is set to make their hottest return in May. They have unexpectedly dropped a video teaser, giving an insight into the concept they will be returning with. So, check it out below!

The video features a spinning top that makes a noise that is similar to how train tracks would sound like. It continues to spin before it looks like it is about to stop. During these moments, light flashes, giving it that eerie vibe before it goes back to normal and thus returning to its original speed. The cycle continues again however this time we witness almost reaching a halt however the lights go off, showcasing the GOT7 symbol. What could all this represents? From how this video is said, it looks like the black and white lighting represents what security and insecurity is like.

Meanwhile, they have also revealed the album packaging details. There is a total of three versions. Each version contains a photobook, a random page, two photo cards and a CD. To those who pre-order, you will also get additional one special card set, stickers and a poster.

The group itself is set to make their hot return on May 20th. They will also begin their World Tour on June 15th and 16th starting in Seoul. Are you ready for their return? Let us know in the comments below!

Tracey Luu
← Previous Story SPECTRUM is ready to have a ‘Refreshing Time’ in new concept teasers
Next Story → NC.A shares the comeback schedule for her upcoming return