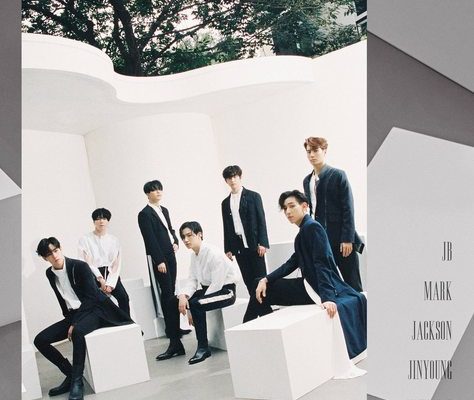 GOT7 has us excited with coming soon teasers

Yes, that is right! GOT7 is finally gearing up for their upcoming returning in November. They have dropped their coming soon teasers. So, check it out below!

Ahead of their return, each member was dropped their prologue teasers. In JB‘s teaser, we see him in his office room deep in thought. There are lots of film on the table and thus he begins to take more photos. It definitely is a concept that has left us more confused! Continuing on with the same vibe and place, Yugyeom leaves us mesmerised with his looks. He dramatically pours water into the glass, giving us that ASMR feeling.

The same music is played and it is linked to Yugyeom‘s final scene. Jackson is seen picking up the glass of water before filling it up for the plant. Jinyoung is close by to the plan that Jackson has watered before he is seen fallen asleep before waking up with a stern facial expression.

Youngjae looks amazing as he is mesmerised by the ink and pen. The deep green ink that penetrates the water is like the green that we have been seeing in everyone’s teaser. BamBam is the latest prologue teaser they have revealed. In his teaser, he picks up the pen and wrote a message on the Polaroid.

They have also released their group teaser. The group looks amazing in suits while posing in such a beautiful white setting with trees coming out from the top. From the images, it looks like they will be going soft!

They have revealed the album packaging details. It comes with four versions. Each version comes with a CD and a photocard. For those who pre-order, they will get an additional photo essay, their world tour post card, an event card and a poster.

Meanwhile, the group will make their hottest return on November 4th. Are you ready for this? Let us know in the comments below!