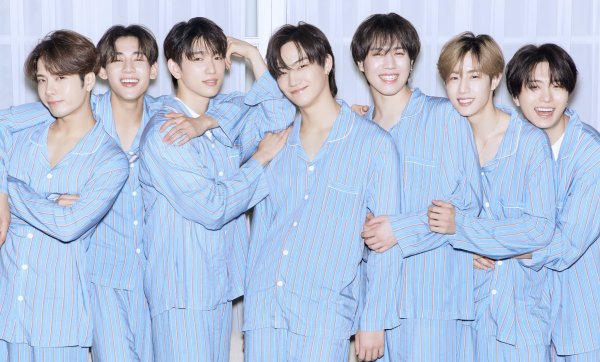 GOT7 has caught fans off guard with their new mysterious video teaser!

Yes, that is right! GOT7 has dropped a mysterious teaser called ‘And The Story Begins‘. So, check it out below!

This video surely gets fans excited because of all the predictions that has come up. The video itself features their symbol before it breaks down into seven dots. The ends of the line begins to glow before it forms the word, “JUS2“. From this, many believes that it is a sub-unit made up of member Jaebum and Yugyeom. This theory came to be due to the end dots shining up where one is the leader and the other is the maknae.

Well, it looks like it is confirmed that it will be a sub-unit of GOT7 called JUS2. It has a total of two members. From this image, it appears to be Jaebum and Yugyeom. Who do you think it is? Meanwhile, this sub-unit will release a mini album called ‘Focus‘.

However, at this stage, it is still a mystery as to what GOT7 is up to. What is also interesting to see is the fact that a few concert organisers have retweeted this video, leaving some to believe that there may also be a concert coming up!

Meanwhile, at this stage, they have also dropped the dance practice for their Nightmare version of ‘Lullaby‘. This performance was seen at 2018 MAMA Awards.

Are you excited for what’s to come? Who do you think the sub-unit members of JUS2 are? Let us know in the comments below!