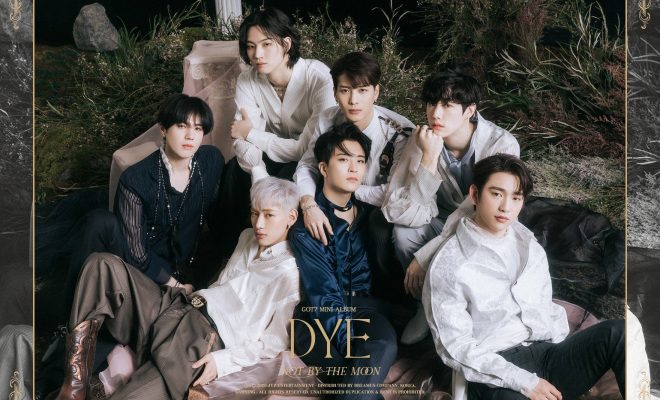 GOT7 drops the ‘DYE’ tracklist

GOT7 has dropped the ‘DYE‘ tracklist, as well as the lyric teasers. Check it out below!

There is a total of 10 tracks on this album including ‘Aura‘, ‘Crazy‘, ‘Not By The Moon‘, ‘Love You Better‘, ‘Trust My Love‘, ‘Poison‘, ‘Ride‘, ‘Gravity‘, ‘God Has Return + Manana‘ and JY & YG dance track. The final four tracks are the songs that the members have performed in their previous world tour, ‘Spinning Top‘.

For the new track on this album, they have dropped lyrics. It is a short snippet of the song with the beautiful majestic background. It definitely builds up hype for what’s to come.

Not only are they making a return, but they have prepared a whole week in which a VLive live stream will focus on each member. It will start with Mark on April 13th and ends with Jackson on April 19th.

Meanwhile, they are set to make their hot returning April 20th. Which track are you looking forward to? Let us know in the comments below!